A penumbral Lunar Eclipse would occur on September 16 and 17, 2016. It would be the second Lunar Eclipse out of the two lunar eclipses in 2016.

The penumbral eclipse would be visible from Asia, Australia, Africa, Europe and some eastern countries in South America and Greenland.

None of the eclipse would be visible from North America.

Moonrise and Moonset moments are corrected for Parallax and this correction gives better timings for the Eclipse sighting.

Unless Lunar Eclipse is visible to the naked eye, it is of no significance to Hindus and Hindus don't consider it for any religious activities. Penumbral Lunar Eclipses are not visible to the naked eye hence no rituals related to Chandra Grahan should be observed. If Lunar Eclipse is visible during Umbral Phase then only it should be considered for religious activities. Most Hindu Calendars don't list Penumbral Eclipses.

Other links related to Lunar Eclipse 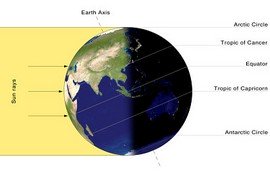