One day before Shivaratri Vratam, most likely on Trayodashi, devotees should eat only one time. On Shivaratri day, after finishing morning rituals devotees should take Sankalp (संकल्प) to observe full day fast on Shivaratri and to take food next day. During Sankalp devotees pledge for self-determination throughout the fasting period and seek blessing of Lord Shiva to finish the fast without any interference. Hindu fasts are strict and people pledge for self-determination and seek God blessing before starting them to finish them successfully.

Shivaratri puja can be performed one time or four times during the night. The whole night duration can be divided into four to get four Prahar (प्रहर) to perform Shiva Puja four times. Drikpanchang.com lists all four Prahar durations for staunch Shiva devotees who perform Shiva Pujan four times in the night. We also list Nishita time when Lord Shiva appeared on the Earth in the form of Linga and the time window to break the fast on next day.

Shivaratri is also spelled as Shivratri, Shivarathri and Sivaratri.

Other links related to Maha Shivaratri 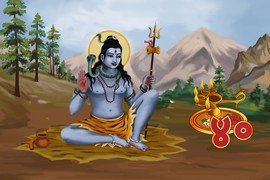 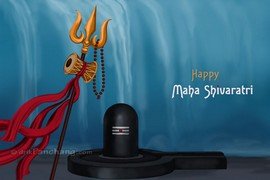