Sharad Purnima is one of the most famous Purnima(s) in Hindu Calendar. It is believed that Sharad Purnima is the only day in the year when the moon comes out with all sixteen Kala(s). In Hinduism, each human quality is associated with certain Kala and it is believed that the combination of sixteen different Kala(s) creates a perfect human personality. It was Lord Krishna who was born with all sixteen Kala(s) and He was the complete incarnation of Lord Vishnu. Lord Rama was born with only twelve Kala(s).

On this day not only Moon shines with all sixteen Kala(s) but also its rays have certain healing properties which nourish the body and the soul. It is also believed that the moon rays on the day of Sharad Purnima drip nectar. Hence to take advantage of this divine phenomenon, traditionally on the day of Sharad Purnima, Rice-Kheer a famous Indian sweet dish made of cow milk, rice and sugar, is prepared and left in moonlight for the whole night. In the morning, Rice-Kheer which is believed to be invigorated and fortified with the moonlight is consumed and distributed as Prasad in family members.

In Brij region, Sharad Purnima is also known as Raas Purnima (रास पूर्णिमा). It is believed that on the day of Sharad Purnima Lord Krishna performed Maha-Raas, the dance of divine love. On the night of Sharad Purnima, upon hearing the divine music of Krishna's flute, Gopis of Vrindavan sneaked away from their homes and families to the forest to dance with Krishna throughout the night. It was the day when Lord Krishna created several of Krishna(s) to accompany each Gopi. It is believed that Lord Krishna supernaturally stretched the night to the length of one night of Lord Brahma which was equivalent of billions of human years.

Other links related to Sharad Purnima 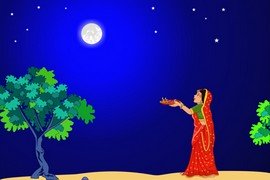 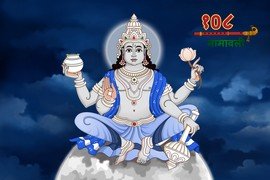