Ashta-Kuta is the most widely accepted method used during Horoscope match. In Ashta-Kuta system of match making, eight different characteristics are assigned separate points in order of one to eight. These characteristics are known as Kuta. The eight Kutas with their weightage are given below.

It should be noted that Nadi Kuta is given supreme priority during match making. If Nadi Kuta is unfavourable then a match with 28 Gunas is also considered inauspicious.

Other pages related to Kundali Match 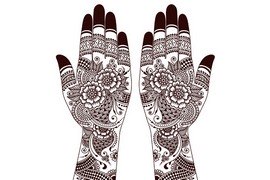