Shivaratri is great festival of convergence of Shiva and Shakti. Each month, Chaturdashi Tithi during Krishna Paksha is known as Masik Shivaratri.

Devotees, who want to observe Masik Shivaratri Vrat, can start it from Maha Shivaratri day and continue it for a year. It is believed that impossible and difficult task can be fulfilled by observing Masik Shivaratri Vrats by the grace of Lord Shiva. Devotees should keep awake during Shivaratri and perform Shiva Puja during midnight. Unmarried women observe this fast to get married and married women observe this fast to maintain peace and tranquility in their married life.

Masik Shivaratri when falls on Tuesday becomes highly auspicious. Shivaratri Pujan is suggested during midnight which is known as Nishita Kaal and prevails for two Ghati. DrikPanchang.com lists Nishita Kaal Muhurta to perform Shiva Pujan for all Shivaratri fasts.

Lord Shiva is also known as Bholenath due to his gullible nature.

Other links related to Lord Shiva 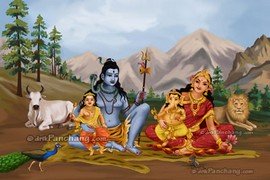 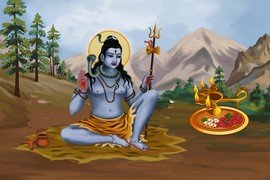 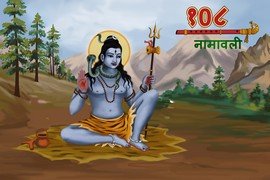